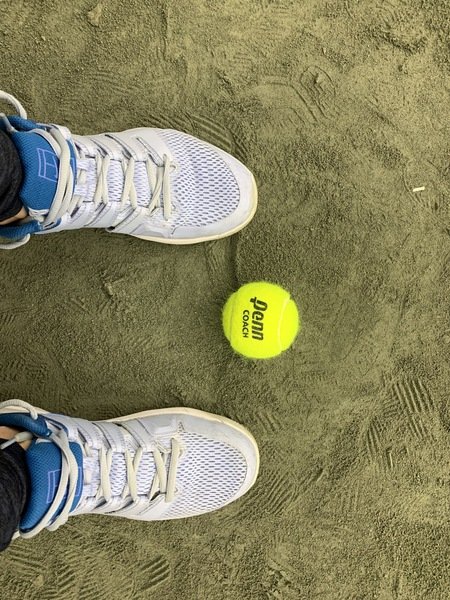 By Alexandra White, The Left Rough

Sports are definitely still a big part of a lot of kids’ lives, but I think it’s safe to assume that less and less of them are taking it up in 2021. With the internet, video games and streaming services all exploding in the last few decades, many kids just want to stay home.

And I don’t want to sound like an old curmudgeon here, because I like playing video games and watching Netflix as much as anybody, but kids who spend all of their time inside are definitely missing out on a few things.

When I talk about sports in this context, I’m not suggesting that every child should approach it in the same way. Some kids have a more natural athletic inclination and might want to make it a huge part of their life.

These are the kids who will take up wrestling, football or basketball and become a major force in their school’s team. And this is great for the kids who do that, but it’s also a huge commitment and your kid isn’t inclined that way, you shouldn’t force them into it.

Most kids will prefer partaking in a sport that doesn’t take up too much of their time. Maybe something that they train in once or twice a week. So you need to find that balance for your child, and you need to find the right sport for them too.

There are many, many options for you to explore with them, and you can try out a few different ones to find out what your kid likes. Even if that takes a bit of time, it will be worth it. Let’s look at some of the benefits your child will enjoy if you encourage them to take up sports:

This is the first and most obvious thing to discuss here. It’s no secret that exercise is important for your health. Childhood obesity is very much on the rise, especially in the United States and lack of exercise is a big part of that.

Obesity leads to all kinds of health consequences on your heart, your lungs, and just generally on your muscles and your bones and that will only start to get worse as you reach adulthood. Even if you’re not overweight, a sedentary lifestyle is still an unhealthy one.

And kids really should start exercising as soon as their body is able for it, because if you get into the habit of not moving around much when you are a child, it becomes a difficult habit to break as the years go by.

Your body is still developing and putting it to work can aid in that development and ensure that everything from your musculoskeletal system, to your respiratory system to your cardiovascular system is strengthened as it grows.

Having a health crisis in your forties and then trying to start exercising then will be a monumental struggle, but it’s preventable if you make it a habit as a child.

Sports are mainly competition based. Whether you’re competing with yourself or competing with others, that’s the driving force behind most sports. While it’s unhealthy to get too competitive, it’s also a good way to help build up some self-esteem.

And it’s not even just about winning. Of course, winning a football match or a gymnastics medal is very rewarding, but it’s also rewarding to just work really hard on something and start seeing the results from it.

Playing basketball and seeing your ability to shoot develop to the point where you’re scoring a ton of points in every match. Practicing your golf swing until you can easily hit a hole in one every time you play.

These are unquestionably self-esteem boosters and on top of that, if your kids are reaching an age where they are starting to feel insecure about their bodies, playing sports can help them with that.

It’s terrible that children have to worry about those kinds of things, but it’s hard to avoid, and encouraging them to play sports is a good way to suppress those thoughts.

The more diverse a group of friends a child has the better. Loneliness and isolation is another huge problem that an awful lot of children have to deal with. It could just be a case of your children not finding their crowd yet.

And maybe that’s because they’re looking in the wrong place. Sports can give a child a chance to meet a new group of people and become a part of a team. There’s a different kind of bond that forms when you’re working together to achieve a common goal.

For a kid who is maybe a little bit less outgoing and talkative, taking up a sport gives them the opportunity to meet and interact with people in an environment where that’s not the goal. The goal is to play sports, and the social aspect just comes naturally with that.

If you want to get your kid involved in a sport that allows for a lot of social interaction but which can also be accessible to them no matter they’re body type or level of fitness, golf is a great one.

Golf is a sport which will give them the chance to exercise and will boost their self-esteem, but there is a little bit of down time to talk to other golfers if they’d like.

You may not think to equate these two things, but there is definitely a positive connection between playing sports and excelling academically in school. This is of course contingent on finding the right balance between the two and not allowing sports to cancel out school work.

There are a lot of skills and traits that sports will instill within your kids which will be valuable in the classroom too. Things like focus, determination and problem-solving are all important for sports and are all transferable skills too.

Be sure to encourage your kids to put as much effort into their lessons as they are putting into sports and you should start to notice that they are finding it easier to progress and excel.

As we said, this is a tricky thing to achieve nowadays because of how many other, less active things there are for kids to do at home. But it’s important for them for their physical and mental health, their self-esteem and their academic performance for sports to be a part of their life too.